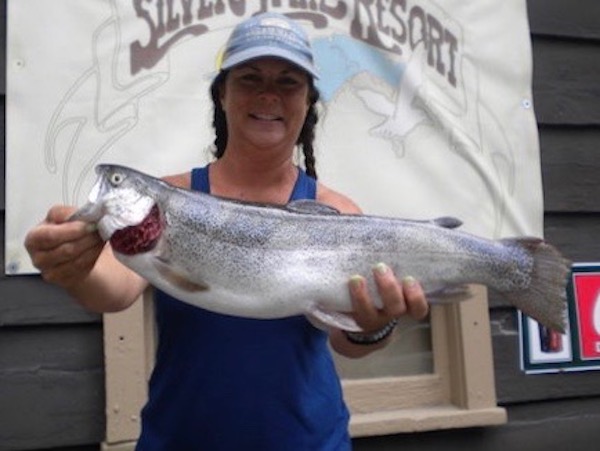 Through Rain, through sleet, through mud slides and through smoke from fires – Silver Lake still hung relatively tough over the past week and kicked out some very nice Rainbows weighing in from 2 to 5 pounds.  The catching hasn’t been as steady as most anglers would like but that is not unusual for this time of year, as the lakes have been fished hard this summer and struggle to keep up with supply and demand.  We did receive a nice load catchables from DFW this past week and should get another load this coming week from both DFW and Desert Springs Hatchery from Oregon.  This should all help in the catching side of things as we give one last push through summer, as schools will be starting up here in the next few weeks.

Anglers did see some decent results as always using products with any type of Garlic in it.  Rainbow Glitter Garlic, Yellow Garlic, Chartreuse Garlic, Pinch Crawlers with Garlic all seemed to produce some nice catching.  Nothing unusual on this end.  Worms and lures have also seen some great results early and late in the day.

We did have a crazy week besides the fishing here at Silver Lake, as we received roughly 5″ of Rain Tuesday afternoon in about a two hour period that caused some havoc in our down canyon region.  So much so that we had three different mud slides come down from Parker Bench towards the Frontier Pack Station Stables that caused some mud to be pushed into the Forest Service Camp Grounds and a huge Mud slide that came down the hill and crossed HWY 158 and just touched Rush Creek between the stables and the Aerie Craig Parking area.  The Slide appears to be roughly 200 Yards wide and 10 to 12 feet deep.  Cal Trans is working hard to get it cleaned up and the road to Grant Lake reopened but it will be a week or so before they get it all cleaned up.  I guess this is the beauty of living on a loop, as access to Silver Lake and the rest of the loop is all open for access and Grant Lake can still be reached by going around to the North entrance of HWY 158.

The smoke in the region comes and goes as the wind direction really dictates how it comes in and from which fire it is coming from.  We have a few fires in our region with the closest fire being the Lion Fire on the back side of Mammoth Mountain down past Reds Meadows and Devils Post Pile and the other fire being the Ferguson Fire over near Yosemite.  The smoke has been bad at times, usually in the evenings but will clear out as the wind changes directions throughout the day.  The trials and tribulations of being in the Eastern Sierra.  The old rule of thumb is that if you don’t like something, just wait a minute or two as it will change fast around here.


The Silver Lake Resort is a full service resort in June Lake, CA. We offer accommodations for fisherman throughout the trout season. We have cabins for all size groups, an RV park, a Cafe with fabulous food and a general store to meet your needs. If you would like to book a trip to Silver Lake call them at (760) 648-7525. For more information check out their WEBSITE. 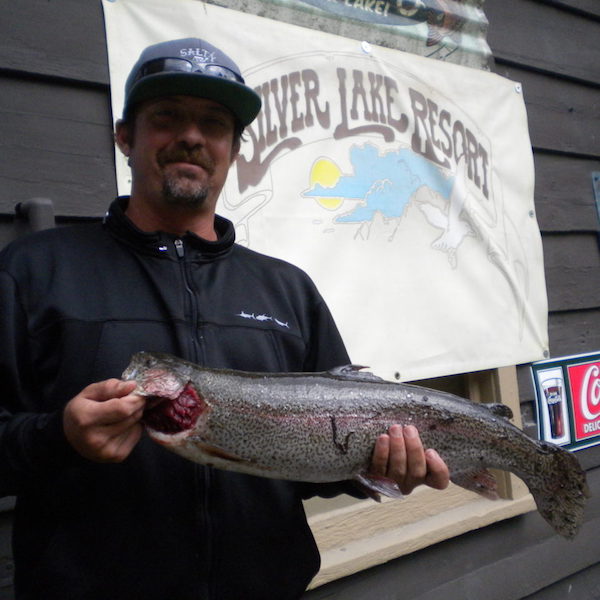 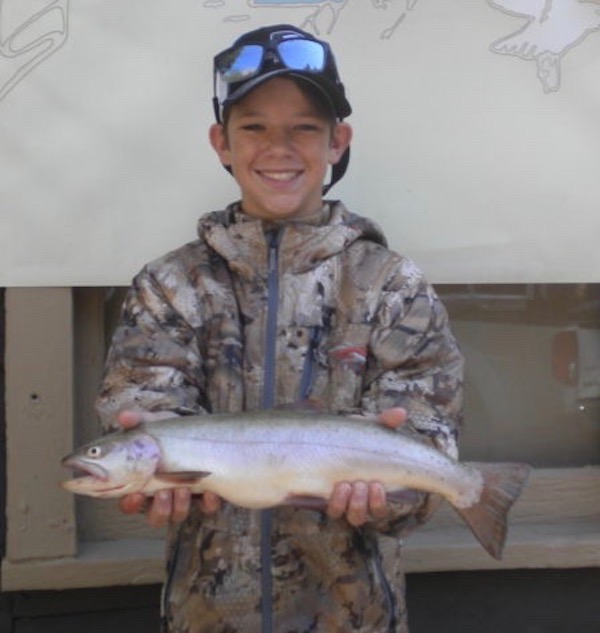 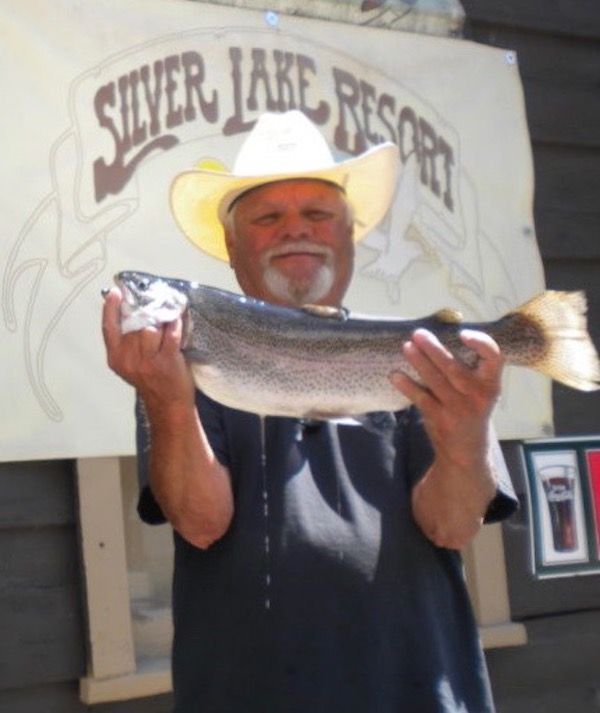 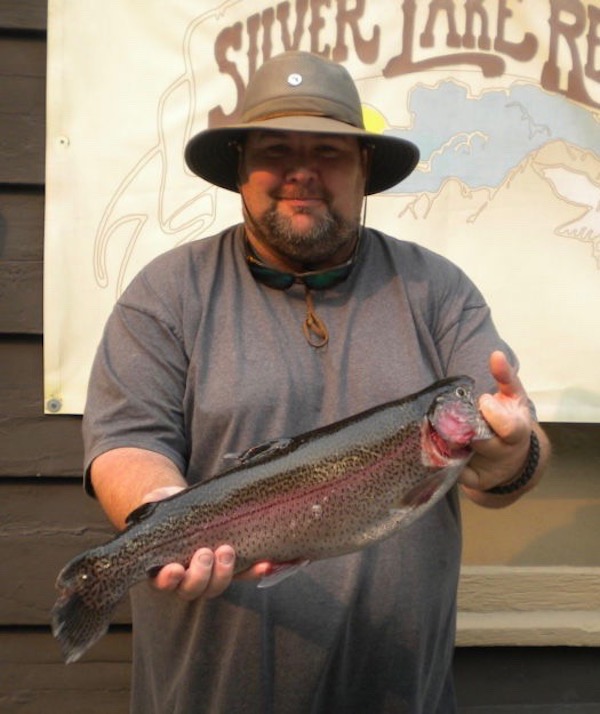 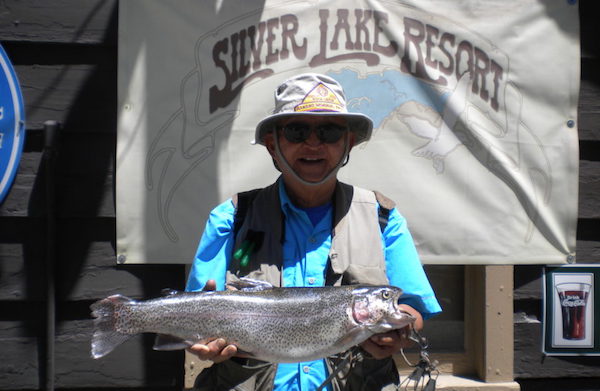 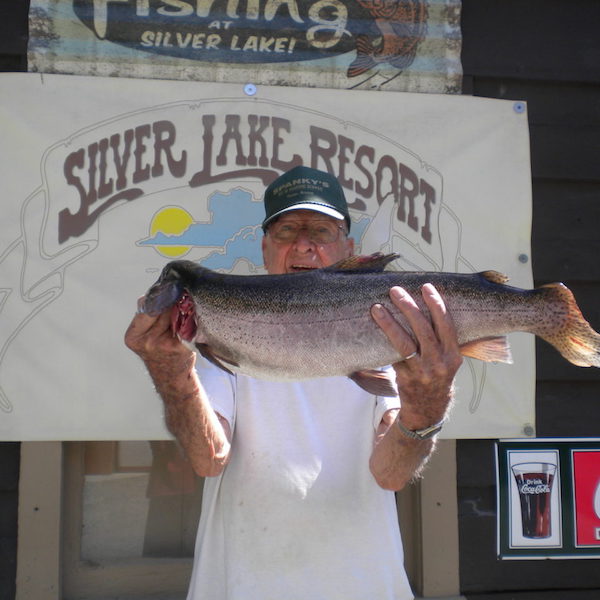