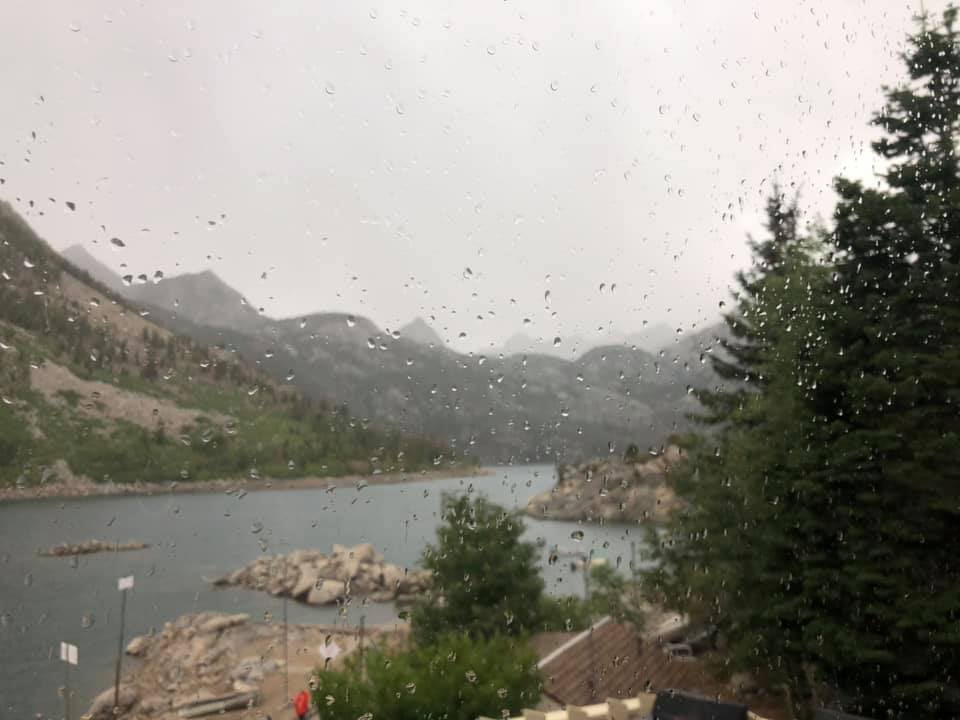 Some good news! Our permit to stock Desert Spring Trout from Oregon has been approved, now we’re waiting to see where we stand on their stocking schedule. Also, we are hoping Wright’s Rainbows’ test for bacteria to come back A-OK and that those fish will soon be on the road to Bishop Creek Canyon.

Had a bit of the monsoonal weather come in this week, thank goodness cuz the trees really need a drink. Sunday at about 10:30, the Sun’s shining away and what happens – it starts dumping rain and I mean dump with the Sun shining. Then about a half hour later, it happens again – gotta love Ma Nature and the weather of the mountains.

So fishermen are still catching fish, yup, they’re going old school. Many are using a flasher (Dave Davies) with a NightCrawler or a dodger with lead core and going deep as it’s been so warm up here. What’s the difference, the flasher spins and the dodger does not. A flasher has a narrow diagonal front end which causes it to spin. A dodger is rounded the same on both ends. A dodger is designed to swing back and forth like a pendulum on leader.

The Auxiliary Spillway crew really went to work this last week. Starting the week of August 24, a portion of the middle parking area will be closed off on Tuesday, Wednesday and Thursday so the cement truck can get turn around to be able to deliver concrete across the dam. We expect the dam area to be off-limits during this time period.
If you plan on backing down the launch ramp, stay on the launch ramp. Luckily, this car had front-wheel drive, so two able bodies sat on the hood of the car and four more ‘ablier’ bodies picked up the rear of the car and the driver got himself out of trouble only to almost drive off the ramp again going forward. We actually had a truck go off the launch ramp Saturday afternoon. Entertainment at the Lake!

Seems like the throngs of people are starting to dwindle down to normal summer crowds with kids going back to school although many travelers are looking for wi-fi so their kids can go to school while they fish – lol.

THIS COMMENT IS STAYING PUT:
Fishing etiquette is once again becoming a bit of a problem at the Lake and we don’t like problems. If you come upon someone fishing, please don’t fish right next to them – take a bit of hike farther down and don’t cast over into their spot. Same at the Inlet, there are so many areas to fish on this Lake go find another ‘soon to be’ favorite spot. This is also an addition by one of our customers - “If you have your boat pulled all the way into the Inlet and are hogging the whole inlet how about leaving after everyone in your boat has caught 5 to 10 fish so that others can have a chance. The inlets aren't as big as last year due to the reduced water flow and when you hog the whole inlet for 3 hours while everyone in the boat catches MORE than their limit its pretty rude. We all know that there is a whole big wide lake out there and lots of room but when people are being polite and waiting for inlet access it’s pretty rude to hog it for the whole afternoon.”
Also, DON’T FORGET TO PICK-UP YOUR TRASH!!!

Here is the forecast for the week from www.weather.gov – looks like you best pack your rain gear as ThunderBoomers are in the forecast (enter Aspendell, CA in the search and scroll down to see the temps).

Sunday Afternoon
Showers and thunderstorms. Widespread haze between 3pm and 4pm. Temperature falling to around 72 by 5pm. Breezy, with a north northeast wind 6 to 11 mph becoming southeast 16 to 21 mph. Winds could gust as high as 32 mph. Chance of precipitation is 90%.

Sunday Night
Showers and thunderstorms likely, mainly before 11pm. Partly cloudy, with a low around 58. South southwest wind 8 to 13 mph becoming light and variable. Winds could gust as high as 18 mph. Chance of precipitation is 60%.

Monday
Showers and thunderstorms likely, mainly between noon and 2pm, then a slight chance of thunderstorms after 2pm. Mostly sunny, with a high near 81. Breezy, with a light and variable wind becoming south southwest 16 to 21 mph in the morning. Winds could gust as high as 31 mph. Chance of precipitation is 70%.

Monday Night
Partly cloudy, with a low around 59. West southwest wind 6 to 13 mph, with gusts as high as 18 mph.

Tuesday
A chance of showers and thunderstorms between 11am and 5pm, then a chance of thunderstorms after 5pm. Mostly sunny, with a high near 81. Northwest wind 6 to 13 mph becoming southeast in the afternoon. Winds could gust as high as 20 mph. Chance of precipitation is 30%.

Wednesday
A 30 percent chance of showers and thunderstorms after 11am. Mostly sunny, with a high near 79.

Wednesday Night
A slight chance of showers and thunderstorms before 11pm. Partly cloudy, with a low around 56.

Thursday
A slight chance of showers and thunderstorms after 11am. Mostly sunny, with a high near 79.

Thursday Night
A slight chance of showers and thunderstorms before 11pm. Mostly clear, with a low around 55.

Friday
A slight chance of showers and thunderstorms. Sunny, with a high near 78.

Friday Night
Partly cloudy, with a low around 55.

Saturday
Mostly sunny, with a high near 78.

Stay safe and healthy – hope to see you at the Lake soon! 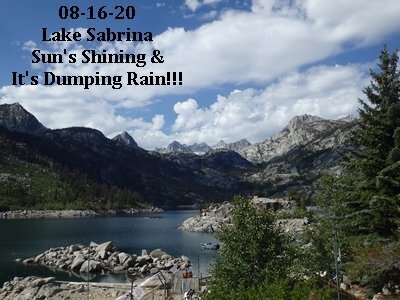 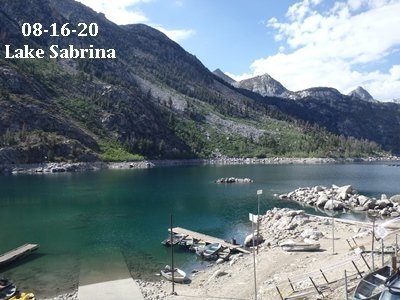 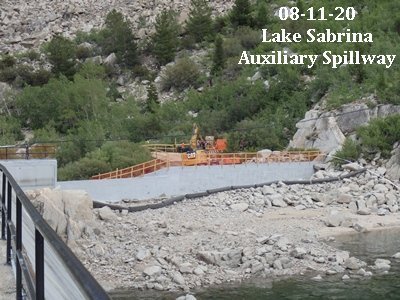 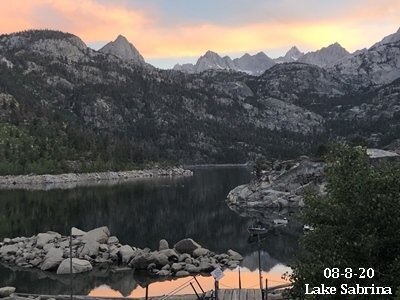 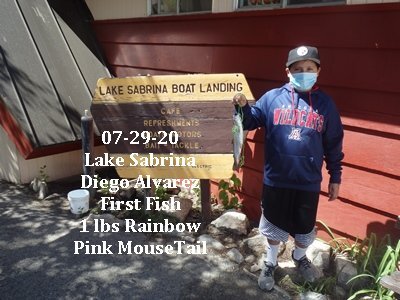 8-2-2020
We were to receive a stocking from Wright’s Rainbow out of Idaho this past week,  but our California Fish and...... Read More