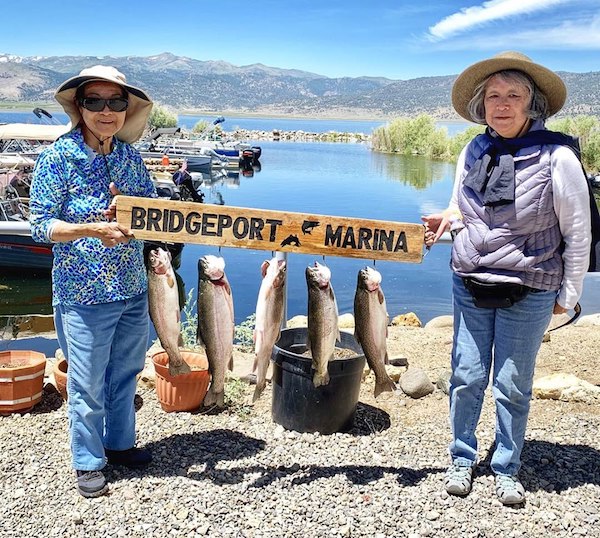 Crisp blue waters, sunny days, balmy temperatures – oh me oh my what could be better!?
What? Fish you say? Well, I suppose that WOULD be better … I cannot lie, it was not exactly “hot” fishing last week but that is how it goes once in a while. Dern it. BUT – the good news is we are seeing more fish come in this week! Yay! And even though things slowed down last week, there were still trophy-sized trout captured and brought in.

Scott, Mitchell, and April Thacker of Merced, CA. had big smiles on their faces as well
as big fish after using PowerBait and inflated nightcrawlers off of Rainbow Point. Their stringer featured several fat Rainbows weighing in at 3.1, 2.1, 1.9 and 1.3 lbs. as well as a nice 1.7 lb. Brown. Wendy Warner snagged herself a 2.4 lb. Rainbow, beating out hubby Shane’s 1.8 pounder. They picked up a few more fish besides that, including a nice sized Sacramento Perch. The Groveland, CA. couple used nightcrawlers to haul in their catch.
Maynard Enos, a Gardnerville, NV. Resident who hangs out a whole lot in the Willow
Springs RV Park, used “magic” High Sierra Bakery donuts to lure the fishies to his worm-laced hook and picked up a couple of 3-plus pound Rainbows for his efforts. Mark, Virginia and Bill took a journey with Ken Hoffman’s guide service to catch over 20 trout, releasing most but keeping a nice 4.8 lb. Rainbow and 8 others in the 1.8 lb. to the 4 plus lb. range. (It is rumored that several nearby boaters saw Ken doing the “here fishy” dance to catch that many fish but one can never be sure …). Mark Koenig took a cue from that and also went out with Ken, picking up a 4.7 lb. ‘bow while fishing a worm. Red Bluff, CA resident Steve Bauer, who is also a frequent happy camper at Bridgeport Reservoir Marina and Campground, pulled in a nice 3.5 lb. Brown during this reporting period. An ardent catch and release guy (particularly when it comes to Brown trout), he of course let that big boy go!

The week progressed with one-plus pound trout coming in fairly frequently with a few
hefty ones bearing BFEF tags as well. The bite has started to pick up with gusto again, as
evidenced by a nice 4.7 lb. Rainbow picked up by Ken Baca of Chino while he floated some nice orange PowerBait. Jeff Mason of El Centro fame threw out a worm and netted himself a 3.2 lb. tagged Rainbow after hanging out with local guide Ken for a few hours. Cody and Carla Bell of Bakersfield, along with buddy Mike Shanley, hauled in a nice stringer of fat Rainbows while dunking worms near Rainbow Point. Their take included a variety of sizes, most notable of which were a 3.9 lb. tagged trout and another that weighed in at 4.2 lbs. Gal Power finished up the week, with Marge Tanaka and Carol Ng of Mission Hills pulling in an impressive stringer of tagged and non-tag Rainbows that – get this – weighed 4.4, 3.8, 3.6, 3.1, and 2.6 lbs. THAT was a good day, folks!

Now how about the rest of you (guys and gals) – can you match THAT stringer? Maybe?
Well get on down here! Bring your boat or rent one here and GO FISHING! 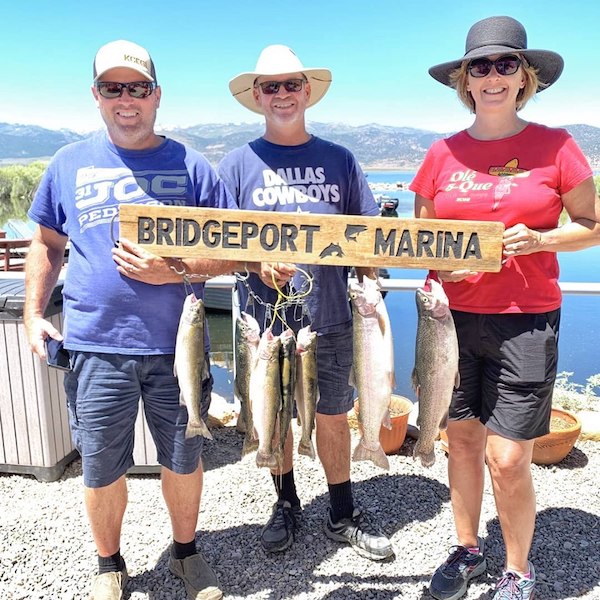 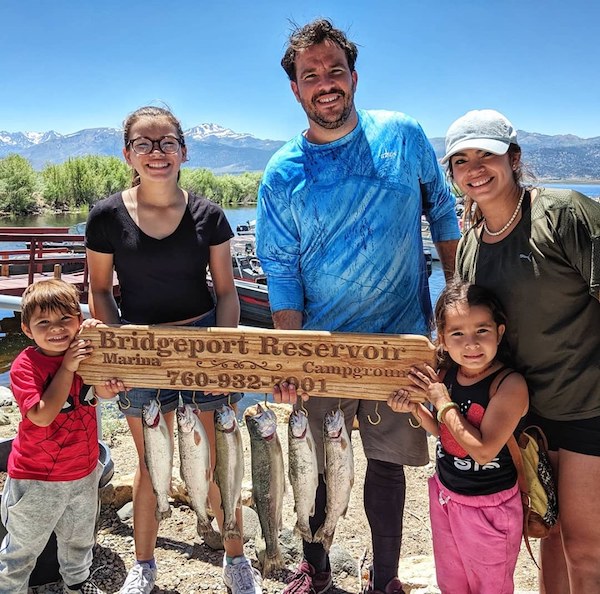 Greg Riggen and family got some nice bows yesterday. Powerbait and nightcrawler over at rainbow point.
Photo Credit: Courtesy of Bridgeport Marina Staff 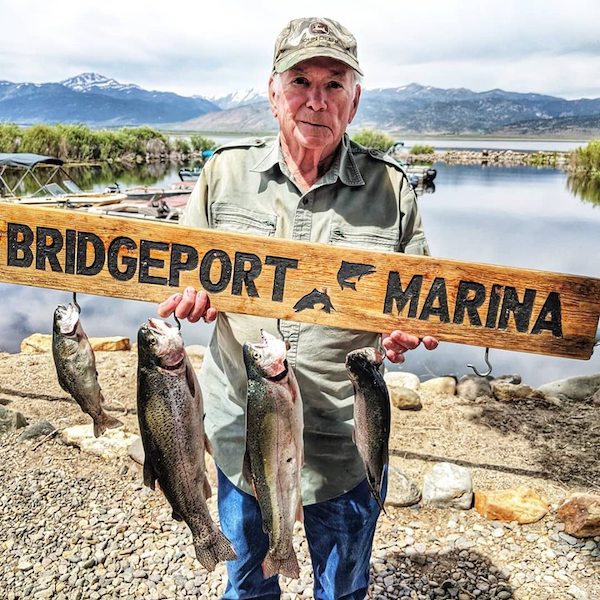 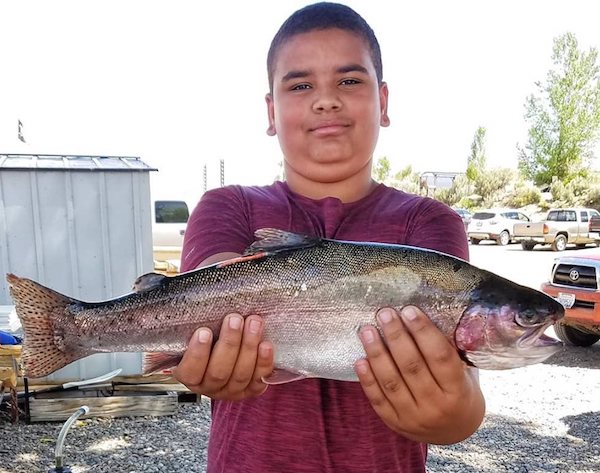