Rainbow Trout
John Peters caught this healthy 5 pounder while out on a blustery lake with Ken Hoffman, one of our local guides who nails fish locations every time!
Photo Credit: Courtesy of Bridgeport Reservoir

Hooweeee! The Sierras are having a hard time getting into the “spring” mood, serving the reservoir up with rain, snow flurries, and above all, cold and icy winds. But you gotta give credit to Mother Nature, she did manage to sneak a few sunny (albeit cold) mornings in here and there with milder breezes and the fishing scramble was ON!

San Diego visitors Sterling and Regina Peters jumped at the first milder weather window, grabbed a rental boat, and got out their trolling gear. After sending red and gold Thomas Bouyants out during the morning, rumor has it that the missus soundly trounced the mister, bringing in the greater share of several plump Rainbows. Dave Jones (or was that “Davey” and does he have a locker?) used a Rapala with a brown trout pattern and wouldn’t you know it, caught himself a very respectable Brown weighing in at a shade under 3 lbs. Another angler, Mario Garcielita of Boyle Heights, trolled an unusual Rapala Silver Shad and collected three rainbows on his stringer despite mounting winds.

Not to be outdone, former Bridgeport resident Mike Booher assembled a mass of Los Banos buddies and clobbered the resident Rainbow population, showcasing his own 4.8lb trout while William Gilardi managed to sneak up on the “top fish” honors by grabbing a 4.2 pounder for himself. Others in the group, including Jared Crist, Drake Cook, Alec Barcellos, and several young fish-slayers-in-training snatched up a multitude of rainbows that ranged from the pound to 2.5 lb. range. They reported that pink and green PowerBait and the ol’ trusty nightcrawlers enabled them to amass their impressive fish feed. A big group for sure! (Did I say “pontoon boats?” We have two now that are available for rent; they hold seven people each).

The Banos gang weren’t the only ones to score, either. Bill, John, and Tim of Rancho Cucomonga fame got the nightcrawler memo and trolled their way to a slew of ‘bows, with two coming in at the 2.6 lb. mark. Similarly, Ron Hessler brought home a 2.75lb. Rainbow but declared his “secret weapon” to be a broken back chartreuse Rapala. He had big plans to smoke his fish, and man that trout meat was sure a pretty deep pink. (What time is dinner??)

Besides several other fish his trio caught, Tim Hinkey of Huntington Beach trolled a nightcrawler and was victorious in hauling in a TAGGED 3.6 pounder that is worth a free entry into the tournement sponsored by the Bridgeport Fishing Enhancenent Foundation on June 22. Hinkey’s son was so excited by Dad’s catch that I swear he whipped into the store, grabbed up a tournament application and flyer, called Mom bursting with the good news, and posed with Dad for multiple pictures in something under five minutes! Smiles all around, folks!

Well Don and Gayle were at it again! The Whisnand’s (known around here as the “fish whisperers”) hauled in not one but two BFEF tagged fish while trolling their usual nightcrawlers. Ken Hoffman (of the Bridgeport-based guide service of the same name) joked that Don now has entries to future tournaments until he’s 90. (And I’m pretty sure he is only 43!). Competing for this week’s “cutest kid award” with young Hinkey, even younger Elija of Santa Magarita showed Dad and Grampa the meaning of beginner’s luck by hauling in the biggest Rainbow of the day on his VERY FIRST CRACK AT FISHING! He even hoisted their collective stringer up in the air all by himself! We are talking major smiles everyone (although it was hard to tell who was more delighted at the outcome, the kidlet or the adults!

John Peters caught the noted “whopper of the week” (as far as our photo grabs are concerned), netting a 5 pound Rainbow while out with Ken Hoffman and his regal pontoon boat on May 27th. RJ Allen teased “see what you can get with PowerBait” while he held a nice fat Brown Trout aloft for his Dad to photograph just before he slipped the young trout back into the water. Rounding out the week, Don Didion of Long Beach, CA used inflated nightcrawlers while parking just off the Walker Channel to secure several nice-sized Rainbows on his stringer. While he did not have his own fish finder he utilized data from fishermen parked nearby and hung in their general vicinity to score his trout. You say you don’t have a fish fnder either? Well, you are in LUCK! The Marina has just procured five brand new Garmin Striker 4’s that are available to rent – at reasonable prices! Just saying, if you want to know where the big fish are … Tim Hinkey and son mugged for the camera, showing off their biggest catch of the day, a TAGGED 3.6 lb Rainbow.
Photo Credit: Courtesy of Bridgeport Reservoir Bill, John, and Tim of Rancho Cucomonga dragged in a total of 4 Rainbows with John’s tipping the scales at 2.6 lbs.
Photo Credit: Courtesy of Bridgeport Reservoir Elijah showed the old folks how to do it up right on his fishing and trolling debut, using small flashers and a nightcrawler to hook this 1.7 lb. Rainbow. Some muscles too to hoist that fat stringer!
Photo Credit: Courtesy of Bridgeport Reservoir 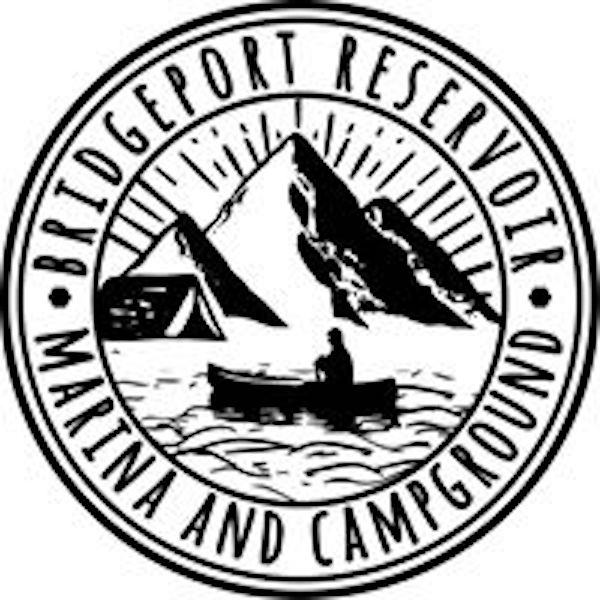 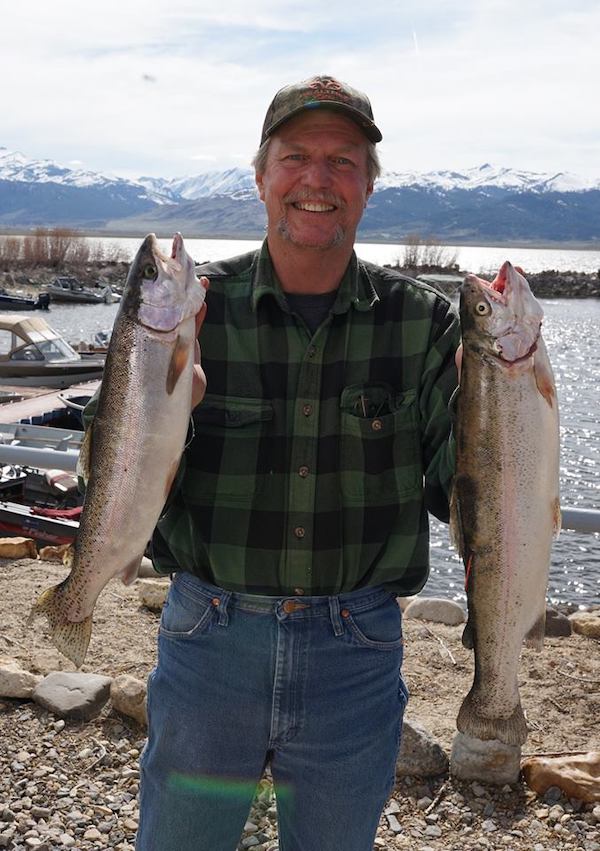 4-27-2019
Bridgeport Reservoir Marina staff checked in with us today from opening day. Stoked to see so many brown trout coming...... Read More