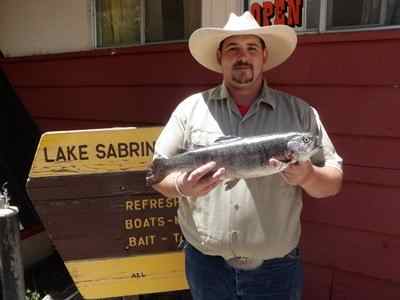 Don't forget to pick up your license before hitting the Lake.

Watch out for the Deer - they are on the move!

A HUGE Thank you to all those that sent in their comments regarding the yellow-legged frog - the comments submitted for both proposal increased from 25 on Tuesday, June 18th to 577 on Sunday, June 23rd. YOU ALL ARE THE BEST - Thank you for the support!

For those that missed the email regarding the yellow-legged frog:The U.S. Fish and Wildlife Service (Service) is proposing to list the Sierra Nevada yellow-legged frog and the northern distinct population segment of the mountain yellow-legged frog as endangered and the Yosemite toad as threatened under the Endangered Species Act (ESA). The Service is also proposing to designate critical habitat for these three amphibian species in California. Primary threats to the various species identified include habitat destruction, recreation (including trout stocking), dams and reservoir diversion, livestock use (grazing), packstock use, roads, timber harvest, fire management activities, disease, climate change, and pollution. With overlapping areas, the total proposed critical habitat for the three amphibians is 1,831,820 acres. In Inyo County areas proposed for habitat designation include Rock Creek Lake, Mt. Tom, the Bishop Creek drainage (including South Lake), Coyote Flat, the Big Pine Creek drainage, and Onion Valley(out of Independence). Additional critical habitat is proposed adjacent to Inyo County over the crest of the Sierra Nevada and in Mono County. The critical habitat designations have the potential to devastate the County's economy and restrict access to important recreation areas. The listing of the species will add additional permitting burdens, and may further restrict access to public lands.

Please go to:
Yellow Legged Frog Regulations - under "ADDITIONAL INFORMATION" you'll find "SUBMITTAL OF COMMENTS" - and submit your comments under both proposals. Your comments need to be made prior to June 24, 2013 at 9:00pm, but if it's after the deadline - try and make them anyway!

Had a bit of wildlife at the Lake again on Friday evening, the blond bear was caught in the act - stealing fish guts from the gut can! While he was doing that, we were running around making sure the trash cans were empty and all the bread in the outdoor freezer was safe. He proceeded to dumpster and was not a happy camper when he found it shut tight - he snorted at us a few times and wandered off in the direction of Camp Sabrina. So if you're camping in the area - practice the safe bear rules!

Can't quite figure out the catching at the Lake this week - it was great for some and not so great for others - if you were on the fish - it was on and if not, well . . . it sure was a GREAT day at the Lake. Those that caught fish were using PowerBait and NightCrawlers. See phot of Ed McCollum, pictured above displaying his 3.5 lb catch.

Trolling leadcore at about 3-5 colors and a needlefish lure was catching fish left and right. We wish we could tell you catching was still awesome, but it is what it is and it is going to be a whole lot cooler at the lake this weekend than where you are and maybe the catching will have picked up by then - ya never know and maybe it's that BIG moon affecting everything! We did get another DFW stocking on Wednesday - they also put in another batch of tagged trophy-sized fish.

Marvin Inouye and Dona Mitoma, Photo #2 of La Canada both caught their biggest fish EVER (and on the same day - how cool is that!) up at North Lake! Marvin landed a 4-3/4 pounder on a NightCrawler, while Dona bested him by  Ľ pound with her 5 pounder caught on a Thomas Buoyant lure.

Dave Sr and Dave Jr Peters, Photo #3 from Irvine sent in a picture of their catch all caught trolling either NightCrawlers, Rapalas or a #10 green fly a couple of weeks ago. Great times - awesome memories!

Bishop Creek Lodge is having its 4th Annual Luau - deep-pitted meats, lots of fruit and etc., Mai-Tai and Margarita's - next Saturday, June 29th starting at 4:00pm. A GREAT time is always had by all. Give them a call at 760-873-4484 to reserve your tickets now!

Major progress can be seen on the Bridge, Photo #4 - a huge crane, gigantic beams, lots of concrete and plywood is all it takes to start really looking like a bridge and can't forget all the hard work by the crew! There were a few minor delays while transporting said beams up the road and we thank you all for your patience.

Boy, is it going to get HOT up here starting Wednesday - and in the mid-80's by Friday and thru the weekend - so we all think you should spend the weekend at the COOL Lake, but before the weekend, NOAA (the National Weather Service) is actually calling for a chance of snow Monday at the 12,000 ft level, but after that we start heating up. We're hoping for about 5 feet over the crest ~ so start dancing y'all - we really are hoping, but it is very doubtful. You can check NOAA's website at http://www.weather.govand enter ASPENDELL, CA on the site and it will give you a fairly good hint at the weather up at the Lake or check in with Howard atwww.MammothWeather.com. Also, check out NOAA's Facebook page - US National Weather Service Las Vegas Nevada - the Lake was pictured in one of their posting!

Thought we only had the normal size skeeters now, but every once in a while an enormous skeeter is seen lurking - so don't forget the juice - Remember when using the bug juice and SANITIZER you need to really wash your hands before fishing - then rub some Salmon Egg juice, worm dirt or Anglers Bros Trout attractant to take that smell off. Also, remember your polarized dark glasses and sunscreen. 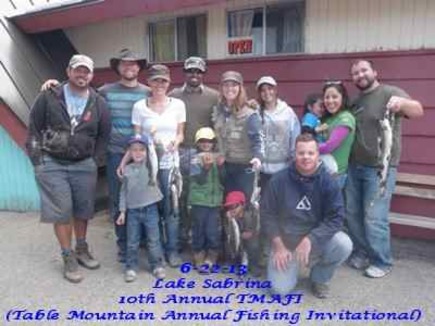 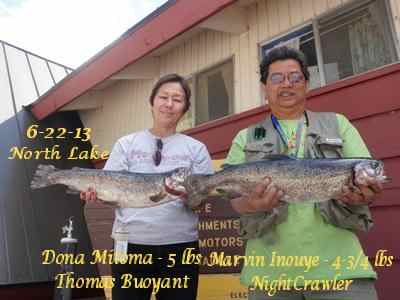 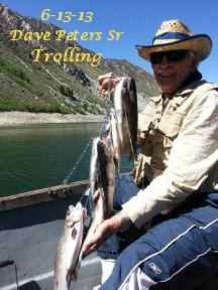 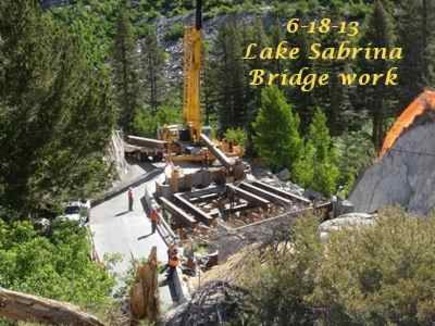 6-18-2013
The U.S. Fish and Wildlife Service (Service) is proposing to list the Sierra Nevada yellow-legged frog and the northern distinct population segment of the mountain yellow-legged frog as endangered and the Yosemite toad as threatened under the Endangered Species Act (ESA). The Service is also proposing to designate critical habitat for these three amphibian species in California. Primary threats to the various species identified include habitat destruction, recreation (including trout stocking), dams and reservoir diversion, livestock use (grazing),...... Read More 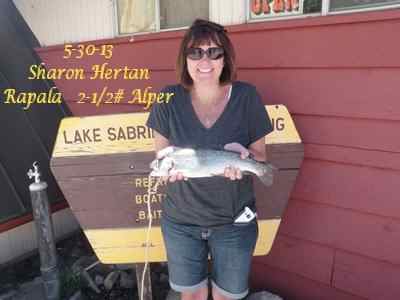