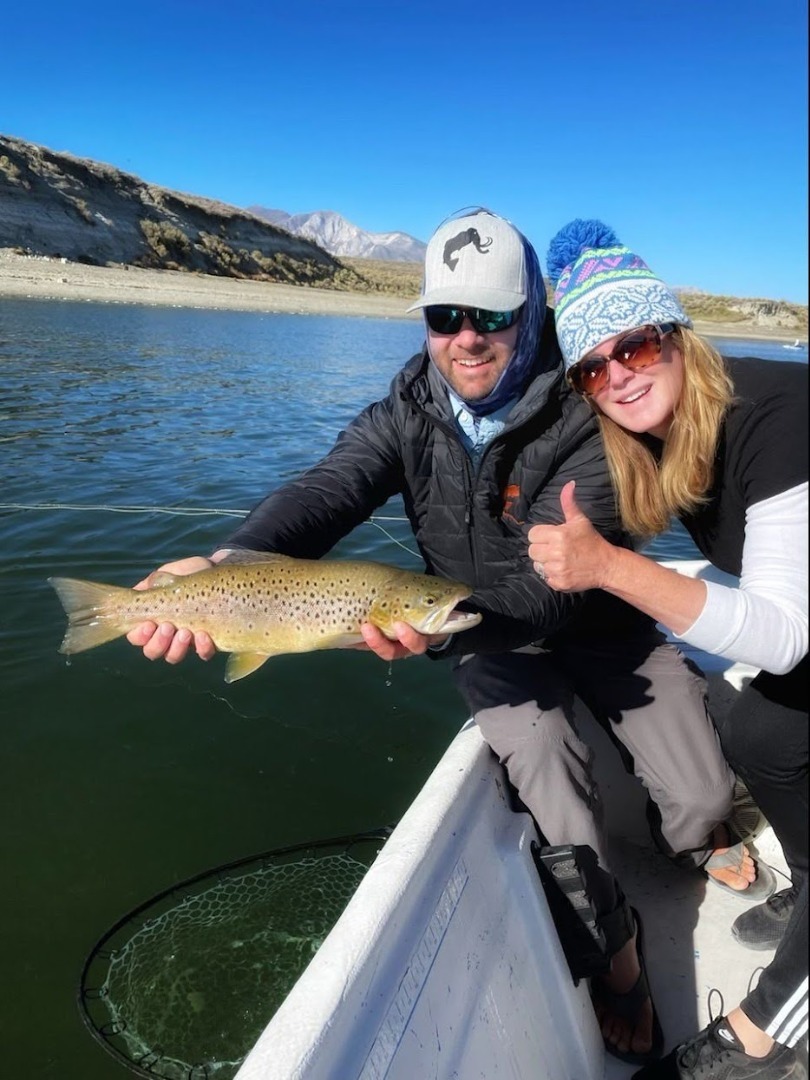 Lake level is dropping. Water temps are near 62 mid-day on the surface. Water clarity has improved and the algae is much less of an issue.

DWP will be dropping the level on Crowley at or below where it was back in 2012 to work on the dam. There is a chance that there won't be enough launch ramp left to launch or remove boats from the lake after the 13th of October. The fish camp spread gravel there in 2012 but if I have to back my truck into the gravel to pull my boat out there could be some issues. If I have to pull my boat early, refunds or rainchecks will be issued for any trips booked.

The fish camp has NOT marked the islands out past pelican point on the way to McGee but the water is mere inches deep in a few places there right now!  When you leave the marina stay towards Lifeguard point and follow that beach for a bit before heading towards McGee if you want to keep your engine mounted on your transom!

Algae has cleared out for the most part, and water temps are now down to 61-62 on the surface mid-day. Bottom temps were around 60 when I checked before the last front blew in. The fish are happy with these temps and nothing is really keeping them in any one area of the lake. Hatches have been good, but definitely happening later in the morning now with the colder temps. I've also started using smaller patterns and getting more consistent grabs. The fleet is still out off of North Landing out in the middle towards the Northeast side. There's a solid amount of fish up there, but there is still a good group of them in McGee, but they've been moving around day to day, so finding them can be tricky. Also starting to see fish near sometimes bay and stormy flats once again. Marked some fish in Hilton last week but haven't been in there in a few days. They are in anywhere from 12-18ft currently, and sometimes I'm seeing suspended fish, probably eating daphnia unfortunately. If you're seeing suspended fish, keep moving because they're not all eating it. I pumped a fish I got today and found mostly gray and olive pupa in there all around a size 18. Saw a couple of size 12 red ones too. Don't be afraid to check out some new spots, the fish move around a lot this time of year and aren't glued to any one place for the most part. I spent all morning trying out a bunch of different spots and got grabs just about everywhere I tried. 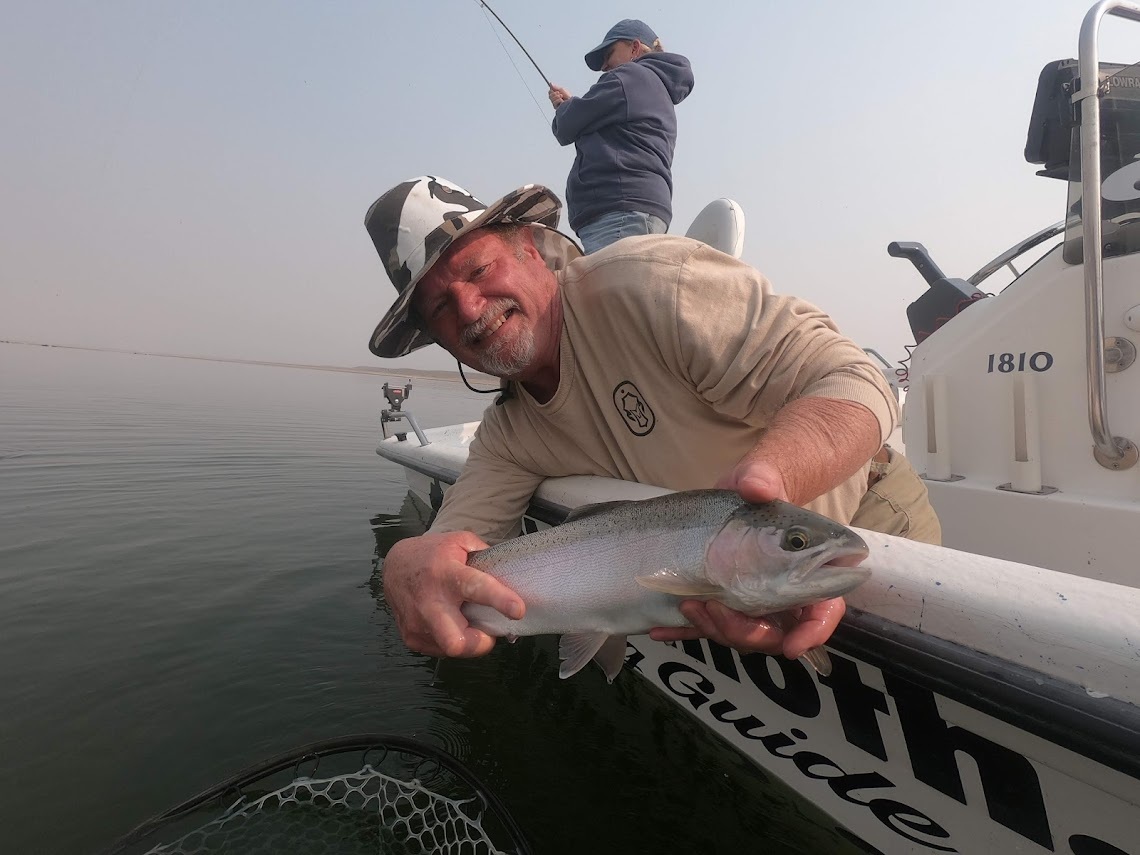 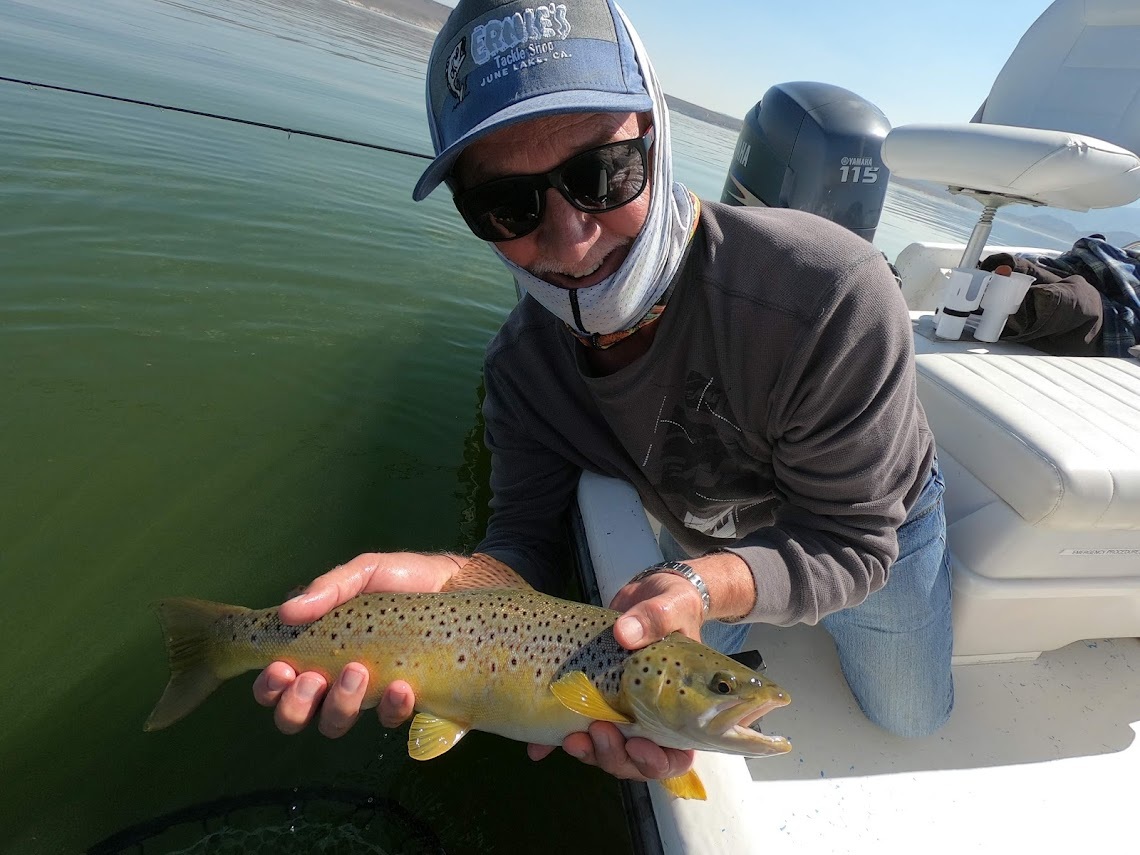 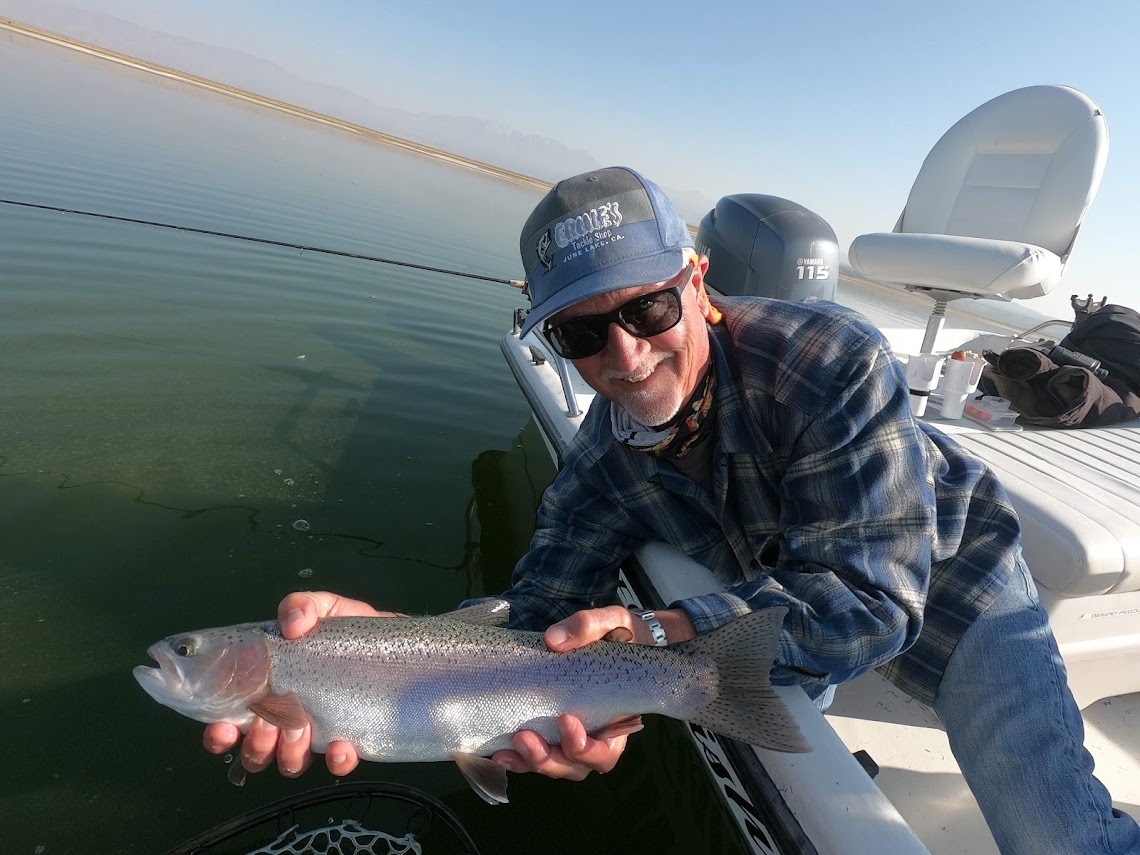 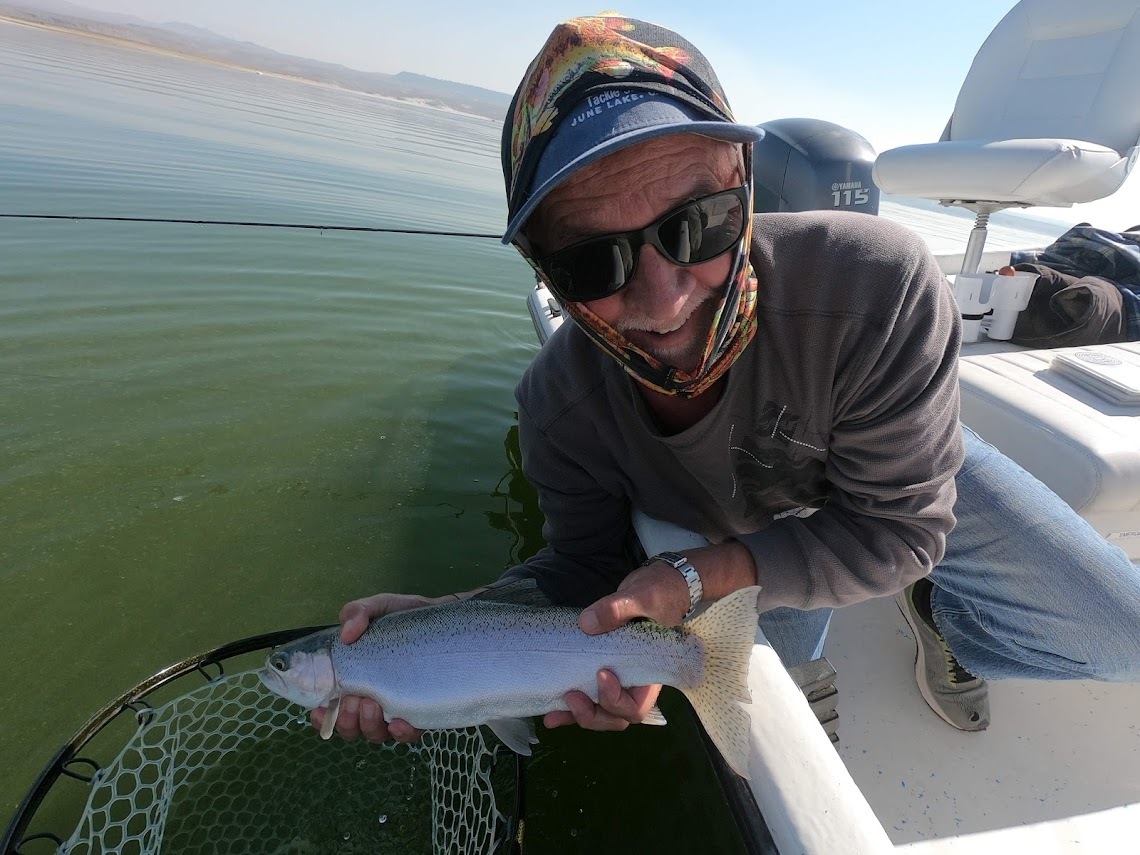 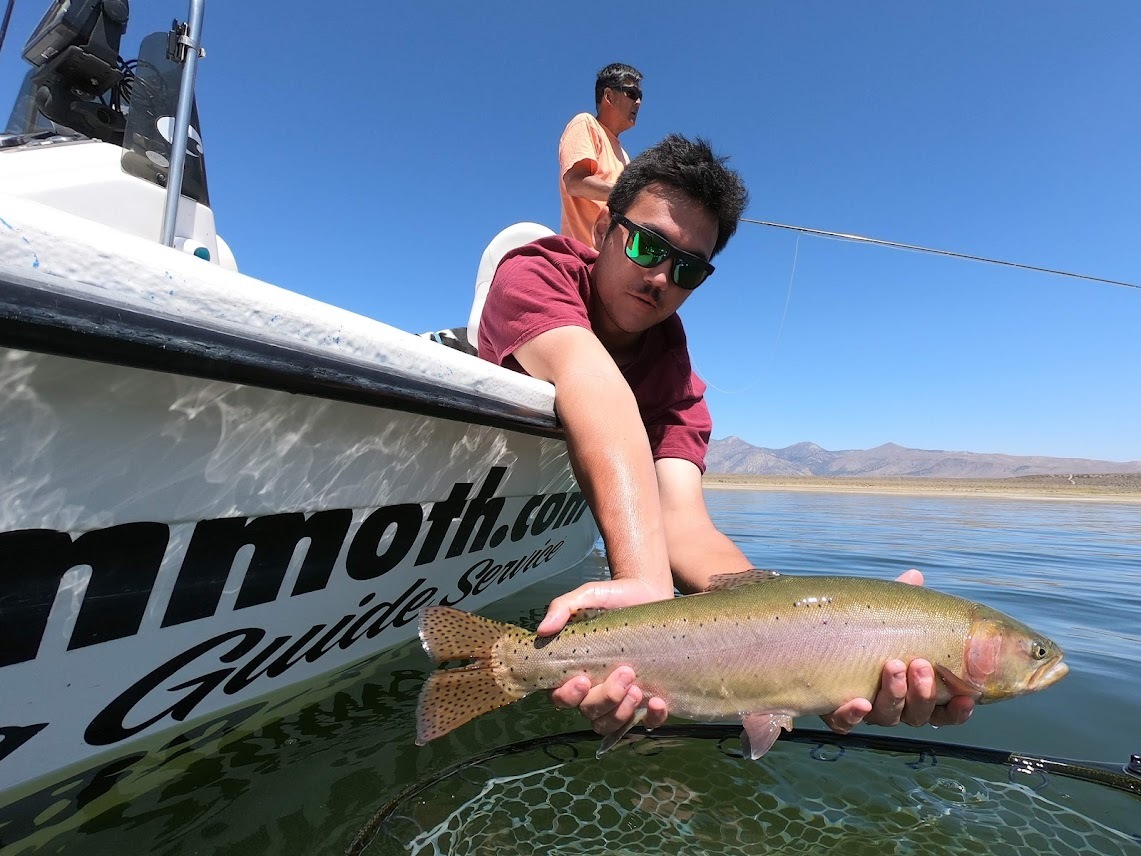