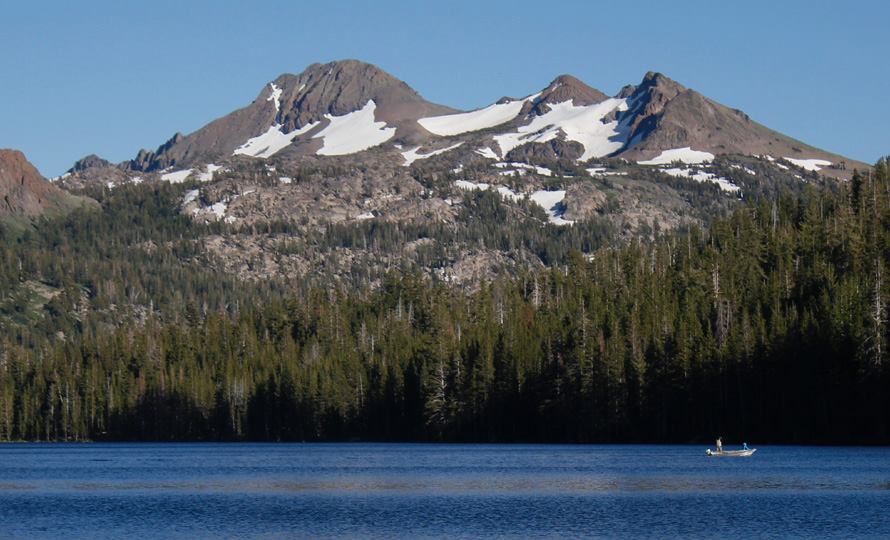 Hello fellow anglers. We have a few things going on in our local area. For anglers that fish Topaz Lake, you have until the end of the month to wet a line. As of October 1st the lake will be closed until January 1, 2020. There is some speculation into next years fishing season. The CDFW has proposed, and is trending forward with opening the lake year round.  In turn, the NDOW would follow in guidance to the new regulation. This has not been confirmed, but is a possibility. I will let you know when I have confirmation. As the new proposal would not only open Topaz Lake, but would allow fishing in the majority of the rivers streams and lakes that normally close in November, to remain open all year. But now for many of us fellow anglers. We just adjust our direction to the north. On October 1st, Pyramid Lake will open for the 2019-2020 fishing season. As we get closer to the end of this month, I will have a special report for fishing at Pyramid Lake located north of Reno NV. Now for your local fishing report.

CAPLES LAKE: The lake level has gone down a few feet. The fishing has been rated good to fair. A few boaters came into the resort with limits of nice rainbow trout. Bets action has been with small blades and a half a night crawler. Rapalas have been successful on the Woods Creek end of the lake. Shore anglers have been using inflated night crawlers by the dam and catching some nice rainbows and a couple browns in the 15 to 17 inch class have been reported. The Caples Lake Resort is open for boat launching as well as boat rentals. The EID public boat launch is open as well until the first snow. For more information stop by the Caples Lake Resort.

WOODS LAKE: Unbelievable, I was talking with fellow anglers about the spring colors above the lake just a few weeks ago and now we are headed to fall. Fishing has been slow, with a few small rainbows here and there caught on salmon eggs.

BLUE LAKES: The lower lake is still fishing fair for small rainbows. With the cooler night temperatures, the lake should pick up for shore anglers. reminder, the road is only open to the lower lake.

RED LAKE: I strongly recommend to stay away from this body of water due the out break of the blue green algae. For those that want to just take a day and get a way with their family and pets. Do not get near the waters edge, and do not allow your pets to swim or drink from the lake.

CARSON RIVER WEST FORK CALIFORNIA SIDE: The flows have been fluctuating due to the amount of water that is being let out of Red Lake. If you take a little walk to find those hold overs in the slower moving waters. You will not be disappointed. Most anglers have ventured up from Woodfords to the the edge of Hope Valley. They have been doing well with salmon eggs or mice tails.

EAST FORK CARSON RIVER CALIFORNIA SIDE: The water flows are perfect and the water is clear. The fishing has been a little slow, but should pick by the weekend. This is mainly due to the plant of 1800 pounds of 1 to 5 lb rainbows by Alpine County. Green powerbait or power eggs have been productive. orange nuggets have also been productive for anglers. Small silver spinners in the faster waters can be just as rewarding. For more information, stop by the Creekside Lodge.

SILVER CREEK: the flows are down and the fishing has been slow, but the is still many fish to be caught if you take a walk to those lower pools on the down stream side of the bridge.

MARKLEEVILLE CREEK: Flows here are also down and the fishing is slow. But again, fi you park on the roadside and take a walk on the higher side of the river above the housing. There are some very nice stretches that are holding some good fish.

TOPAZ LAKE: The lake level has come down a few feet. Boaters have been doing good in the early morning hours with Rapalas or flashers and a worm. As the sun gets higher, the bite tapers off. I fished a couple weeks ago with fellow angler and friend Arnie Phelan from Carson City. We started out at day break, took us a half hour or so to get on the fish. By 11 AM the bite was off. But we had caught 10 to 15 nice rainbows up to the 19 inch range. Shore fishing has been fair for anglers, best areas have been on the south end of the lake just past the AG station.

INDIAN CREEK RESERVOIR:  The lake now has a warning to keep all pets out of the water due to the algae bloom. Anglers have been fishing the lake, but have been advised to clean your fish in clean tap water at home before consuming. I would not advise float tubers to venture out due the algae bloom. It is not as toxic to humans at this point, but why chance it. As soon as well get a good frost or freeze, the lake turns over and the lake cleans itself.

JUNE LAKE AREA: SILVER LAKE: Silver Lake Resort 760)648-7625. The Resort plans on dropping in a load of Oregon Rainbows this week or next. Biggest fish brought in to their weigh station recently is a 6lb-1oz Rainbow out of Rush Creek using Mice Tails by the Johnson boys from Encinitas. Others have been scoring nice 2-3 pounders mainly with those popular floating baits. Typically the best trolling and casting lure at Silver is the Thomas Bouyant red/gold.

GULL LAKE: Gull Lake Marina 760)648-7539. The Marina hopes to bring in some Oregon Rainbows soon but not sure when yet. My buddy “Wrong Way” Al and I fished Gull last Fri. in a Marina rental boat catching and keeping and/or releasing 28 Rainbows up to 2-1/4lbs. By far most were caught with Garlic Pinched Crawlers. Amongst other things done wrong Al casts with his spinning reel on top of the rod not underneath hence the name “Wrong Way”. Since he was catching the most and biggest between us I told him “keep doing it wrong Wrong Way - it works!” Cameron at the Marina has been doing well trolling lead core at 6 colors going to 5 last time out which could mean the fish are already not as deep as they were. Best lures for him have been Thomas Bouyant red/gold and rainbow and Needlefish fire tiger and copper/red. One group got a nice 5lb Rainbow dragging a Bouyant gold.

JUNE LAKE: June Lake Marina 760)648-7726 and Big Rock Resort 760)648-7717. Both the Marina and the Resort had a crazy busy Labor Day weekend with a big drop off this week. Catching was a bit slow for bait fishing more than likely due to warm water temps, improper baits and leader and not deep enough. Trollers on the other hand have been doing well all season for large Rainbows and Cutthroats. At this time most are down 9 colors lead core. Best lures have been Needlefish cop cars and frog patterns, Thomas Bouyants red/gold and rainbow, Tube Trolling Flies, Speedy Shiner red/gold and copper/flo red and cop cars, and a variety of Taz Devils.

GRANT LAKE: Grant Lake Marina and Campground No phone. Lake level continues to drop like every year what with water going to Mono Lake and the L.A. Aqueduct. Probably 10’-11’ below its peak during spring run-off opening up a lot more accessible shoreline. Harold at the Marina says fishing has been slow lately due to summer conditions but certain to improve with cooler weather. As the lake drops fish are continuously relocating from shallower and warmer water to deeper and cooler. Trick is to keep up with that movement. Deep trollers to 50’ are still going out early, early with success. Dan’s Guide Service (661-478-0046) continues to do well for Browns up to 20” in the evenings dragging Rapalas with spin gear and streamers with fly rods. Haven’t heard much lately on the bait fishing end of things probably because there are not many folks out there right now.

FLY FISHING: The coming weeks will bring us some of the best fly fishing of the season.  In The Loop hit Rush Creek and the lakes in a tube, kayak, etc. Start off early when fish are surface feeding with dry flies. On any lake I get more grabs stripping in a dry fly subsurface. Later go deeper with streamers, buggers, or a wet fly with a dropper. Try the local back country creeks and lakes. As the feeding season draws to a close those higher elevation trout will grab just about anything. Out of The Loop go to spots are Upper Owens River, Hot Creek, and East Walker River out of Bridgeport.

SIERRA MOMENT FROM SCOTT CHAMPION:  I’m remembering one day when my young daughter Whitney and I were on Gull Lake and a gust of wind blew my straw hat off onto the water. As it drifted away I grabbed my fly rod, fly attached, and with one perfect 60’ cast got that hat. Good thing she was there to witness the best cast I’ve ever made.
For more information on the June lake area call Ernies Tackle and Ski shop at 760-648-7756.

Good luck on your next fishing adventure. If you get a photo of your catch, send it to [email protected] I hope to see you on the waters. Good fishin' and tight lines. 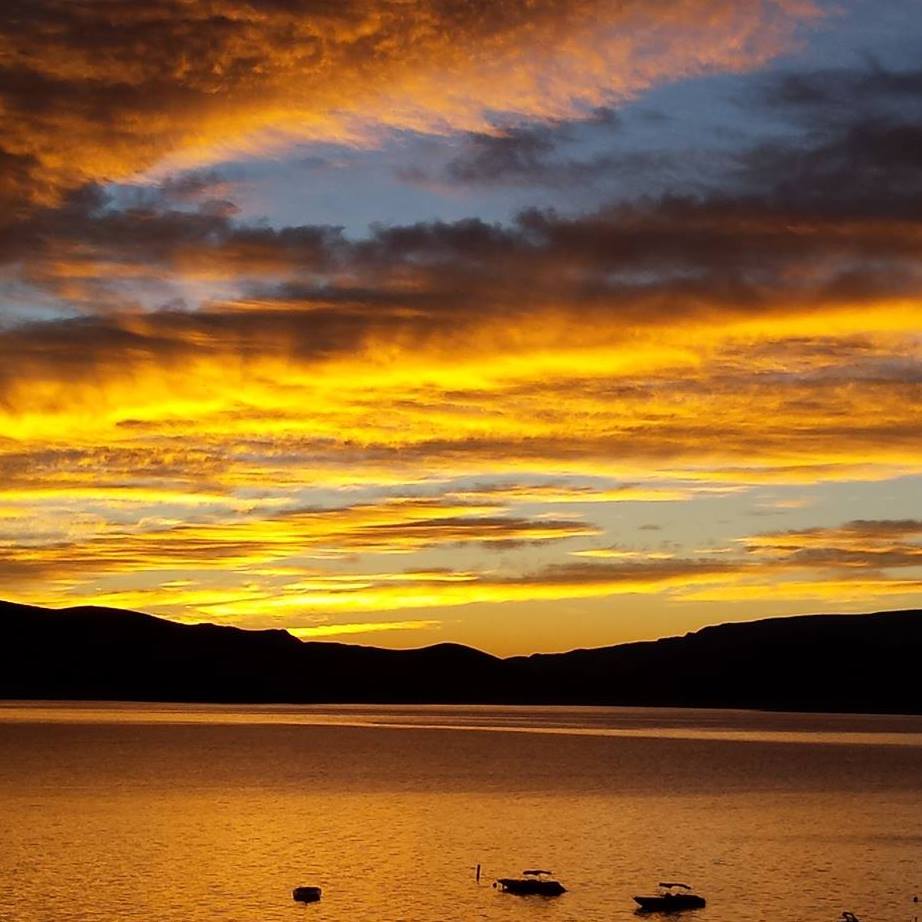