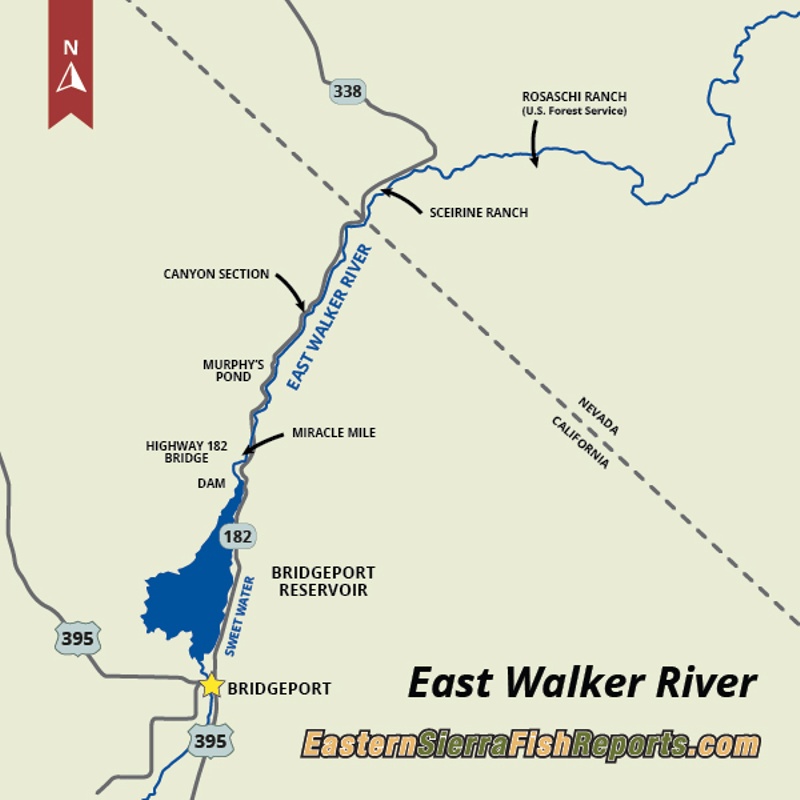 The East is still running at about 140 cfs, with the warmer weather we’ve had this past week the fishing seems to have picked up quite a bit with most anglers reporting from around 6 to 12 fish per day. Small nymphs still seem to be the main ticket though there are some decent numbers of fish being caught on streamers. There are a lot of rainbows in the river right now, probably fish that came through the dam during the extremely high water months we had last summer, lots of these fish are in the high teens and some in the low 20’s. The browns seem to be a little shy lately but there’s plenty of fat healthy bows to catch.

FYI - The Nevada Department of Wildlife is re-vamping their fishing/hunting license program and will be sending Ken's a computer license terminal in February for our customers to purchase Nevada licenses. During the change over I have been asked to send in all my paper license books on January 1 so they can be reconciled with the department. This means that I will not be able to sell any Nevada licenses for about 4 to 8 weeks after the first of the year. If you're planning a trip to fish Nevada waters during this time be sure to get your license ahead of time, either online or from a Nevada license dealer! I'll keep you posted when my terminal arrives and we're online!