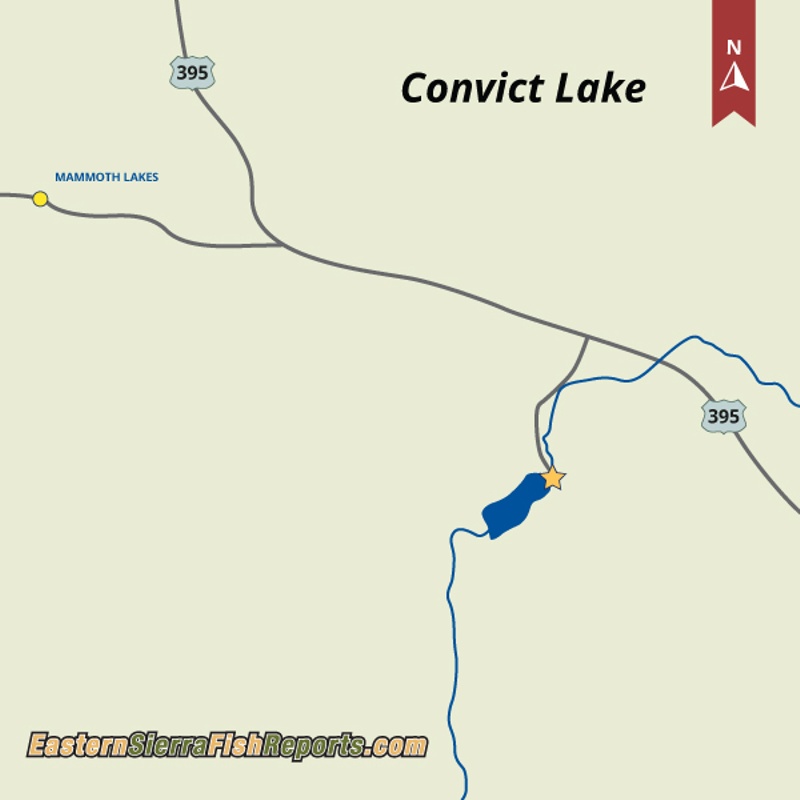 Make sure to check out all the photos for this month in our September 2015 Fishing Gallery.

Catch of the Week: Jeff Spence from Peoria, AZ with a monstrous 8 pound 3 ounce Rainbow. He was using a Nightcrawler while fishing the North Shore. Great catch Jeff!

* Skip Trueblood from Lakeside, CA hooked a solid 7 pound 15 ounce Rainbow while fishing near the Outlet. Skip was fishing a Nightcrawler.

* Bryce Walker landed a hefty 7 pound 6 ounce Rainbow using a jig. Bryce was posted up at the Inlet.

Keaton Propps from Palmdale, CA caught a fat 6 pound 15 ounce Rainbow. He landed it at the Inlet while fishing with a Gulp Pinched Crawler.

Freddy Jaramillo from Los Angeles, CA hooked a 6 pound 7 ounce Rainbow. Freddy was using a Nightcrawler while fishing along the South Shore.

Rudy Samkow from Arcadia, CA with the Convict Lake hat trick. He caught a 3 pound 5 ounce, 5 pound 4 ounce and a 5 pound 11 ounce Rainbow. Rudy was using a Nightcrawlers and was fishing near the Inlet.

* The Suzuki Family of Kahului, Maui traveled the farthest to get on the fishing report. They filled up their stringer by using Powerbait while fishing at the South Shore.

Tactics/Bait: There are a lot of options when it comes to tackle. The last two weeks a variety of different tactics were working. For the anglers that prefer casting lures I'd start with a Red/Gold or Frog pattern Thomas Buoyant. Other lures that were working include Rapalas and Tasmanian Devils. If you are going to troll any lure you will need to get down about 50-60 feet. For the anglers that like to toss jigs, Fall is always a good time to do so. People that tied on either a Gulp Pinched Nightcrawler, Berkley Mice Tail or Berkley Worm rigs landed quality fish. If you are thinking about bait fishing you can't go wrong with Inflated Nightcrawlers, Salmon Eggs or Powerbait. Over the last two weeks a number of Powerbait colors were hooking up. The top colors were green, salmon peach, yellow, chartreuse and chunky cheese. Any garlic Powerbait continued to drive the fish crazy. Some of the most productive spots on the lake were the Inlet, the Outlet/Jetty area and the South Shore. The "Catch of the Week" was caught along the North Shore. Other locations to try would be the North Shore down to the Inlet and Hangman's Tree.

Here is a list of other baits/lures that can be productive:

I would suggest using some type of added attractant. Pro-Cure, Bite-On, Lip Ripperz and Berkley all make excellent attractants, which are sold at the general store.

Weather: The smoke has diminished greatly after some rain early this week. The Rough Fire is reportedly 70% contained. The forecast is calling for continued sunny skies and clear at night for the beginning of the week. The high temps for the start of next week will be in the low-70's and the lows in the mid-40's. Here is the National Weather Service link that is usually quite accurate: 7-Day Forecast Convict Lake. 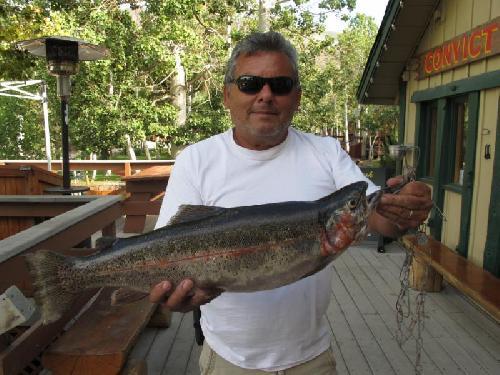 9-5-2015
With Fall at the door step I always like to start a day of fishing using a few specialized tactics....... Read More 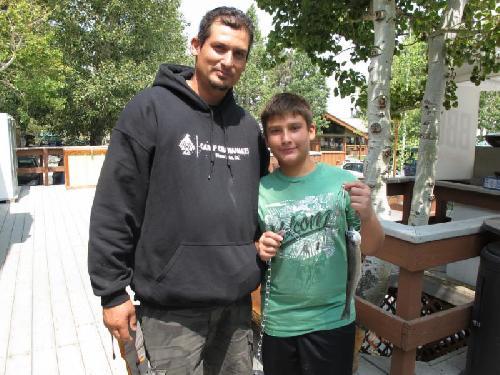 8-29-2015
The bite has picked up again after a few slower weeks of fishing. Several lunkers were landed at the lake...... Read More